I have received some inquiries about using webkit for web scraping, so here is an example using the webscraping module:

Here are the screenshots saved: 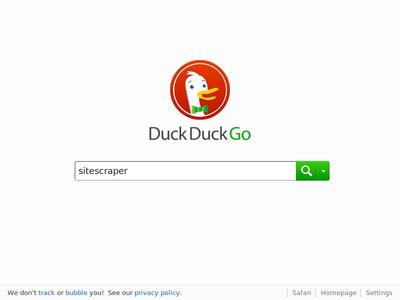 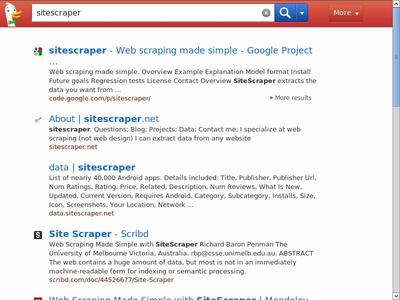 I often use webkit when working with websites that rely heavily on JavaScript.

Source code is available on bitbucket.

When crawling websites I usually cache all HTML on disk to avoid having to re-download later. I wrote the pdict module to automate this process. Here is an example:

The bottleneck here is insertions so for efficiency records can be buffered and then inserted in a single transaction:

In this example caching all records at once takes less than a second but caching each record individually takes almost 3 minutes.

How to make python faster

Python and other scripting languages are sometimes dismissed because of their inefficiency compared to compiled languages like C. For example here are implementations of the fibonacci sequence in C and Python:

And here are the execution times:

As expected C has a much faster execution time - 5x faster in this case.

In the context of web scraping, executing instructions is less important because the bottleneck is I/O - downloading the webpages. But I use Python in other contexts too so let’s see if we can do better.

First install psyco. On Linux this is just:

Then modify the Python script to call psyco:

And here is the updated execution time:

Just 3 seconds - with psyco the execution time is now equivalent to the C example! Psyco achieves this by compiling code on the fly to avoid interpreting each line.

I now add the below snippet to most of my Python scripts to take advantage of psyco when installed:

I have been interested in automatic approaches to web scraping for a few years now. During university I created the SiteScraper library, which used training cases to automatically scrape webpages. This approach was particularly useful for scraping a website periodically because the model could automatically adapt when the structure was updated but the content remained static.

However this approach is not helpful for me these days because most of my work involves scraping a website once-off. It is quicker to just specify the XPaths required than collect and test the training cases.

I would still like an automated approach to help me work more efficiently. Ideally I would have a solution that when given a website URL:

Apparently this process of scraping data automatically is known as wrapper induction in academia. Unfortunately there do not seem to be any good open source solutions yet. The most commonly referenced one is Templatemaker, which is aimed at small text blocks and crashes in my test cases of real webpages. The author stopped development in 2007.

Some commercial groups have developed their own solutions so this certainly is technically possible:

If I do not find an open source solution I plan to attempt building my own later this year.

In a previous post I showed how to scrape a list of webpages. That is fine for small crawls but will take too long otherwise. Here is an updated example that downloads the content in multiple threads.

I made an earlier post about using webkit to process the JavaScript in a webpage so you can access the resulting HTML. A few people asked how to apply this to multiple webpages, so here it is:

Updated script to take a callback for processing the download immediately and avoid storing in memory.